McLaren BP23 set to be the fastest ever made 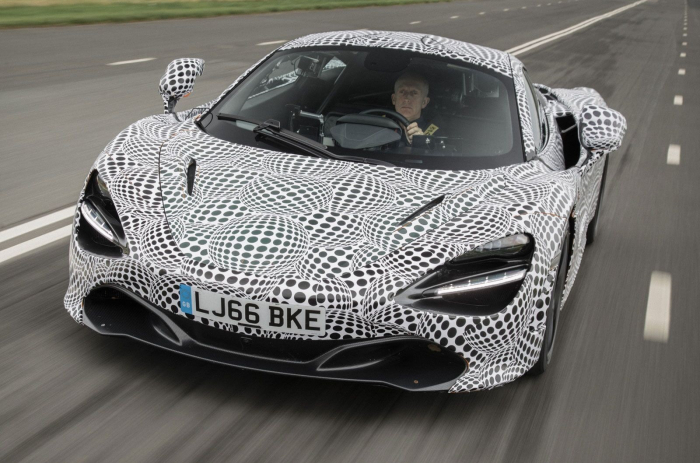 McLaren are no stranger to high speed and took the track record (pun intended) for the fastest production model when their F1 reached 242mph on Ehra-Lessian test track in 1998. Based on the 720S, the newest addition to their line-up is expected to break that record – although not by much as series chief Andy Palmer believes that the performance limits of tyres and other systems have been pretty much reached.

Expected to be able to reach 243mph, and still be accelerating, the BP23 is, nonetheless, not a track car but rather a high-specification, high speed, road based Grand Tourer.

How does it get so fast?

The BP23 uses a hybrid powertrain to beef up the considerable power output of the 4-litre V8 engine at its heart, mainly by eliminating turbo lag. Although McLaren are keeping the precise technical specifications close to their chest, it is expected to be far more powerful than both the 627bhp F1 and the 986bhp P1 GTR.


Combining speed and comfort
Standing for “Bespoke Project 2, 3 seater” the car uses a central driver’s seat and two behind layout that gives the passengers a surprising amount of comfort – even on long journeys.

The centre seat promises to deliver that single-seater feeling and the carbon-fibre saloon has been modified from previous three-seater designs to make it easier for the driver to get into (and out of!) the driving seat. Behind, are the two passenger seats which should take fully grown humans – unlike some smaller roadsters - and there even promises to be space for luggage.

Visibility is good for cars in this class due to the central position of the controls, and there is the possibility that cameras will augment mirrors to eliminate blind spots, without impacting on those all-important aerodynamics.


Can I get my hands on one?
McLaren intend to produce only 106 of these £2million beauties, designed in response to a customer request. And while they have already sold them preproduction they may be short of places to put the car through its paces.  Their rivals Bugatti have teamed up with VW and have use of the Ehra-Lessian track that made the F1’s fortune, meaning McLaren will need to look elsewhere. Using banked tracks or the Bonneville salt flats are likely to reduce the top-speed through grip issues leaving power output and acceleration as the big numbers that will be used to confirm the BP23’s fastest production car crown.