Due 2019, the first electric Volvo

Posted on Thursday, 8th of February 2018 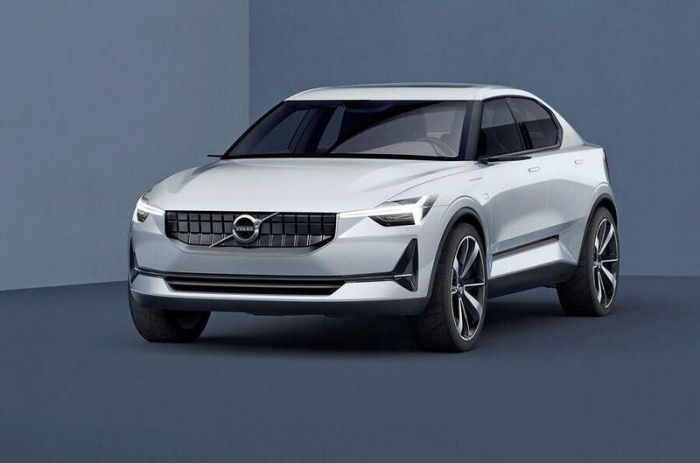 As previously seen last year in May, the all-new hatchback battery-electric Volvo, which will be available as a standalone model, will be designed following the concept of the 40.2.

Similar to the 40.1 concept which was unveiled at the same time, and which has now become the XC40 crossover, there will be very little difference in design to the final model. It was hinted that the 40.2 was a clue to the next generations of V40 and S40. However, the biggest clue was the electric powertrain.

Whilst there are not many details available at the moment, Volvo have confirmed this standalone electric model will be available from 2018; the only piece of information they have let slip is that that it will be available before any other electric variants of current models. The electric XC40 should be the second pure-electric car from Volvo.

Based on the Compact Modular Architecture, a concept which is behind many of the firm’s smaller products, and which allows for powertrains including electric types, it will have a range of 217 miles from its battery-electric powertrain. Volvo, however, have stated they will be aiming for approximately 310 miles, which would place them on a par with some of their rivals.

It has been confirmed that a modular battery system will be used by Volvo for its electric cars, however, no minimum range has been decided yet. It is worth mentioning that a similar set-up is planned by VW; with their entry-level hatchback offering around 250 miles.

Henrik Green, Volvo’s R&D boss stated that they hoping to meet a number of customer sectors in terms of both battery size and configuration of the electric motor, with the building of a modular system. They want to offer something that is more cost-efficient, and offers longer range; with the minimum range being whatever suits the customer.

In answer to the question of whether he thought a standalone EV or an electric alternative of current models would prove more successful, Green said that they were aspiring to fill both of those groups, and that is would be a logical assumption that those making the earlier purchases would go for the more expressive cars.

In July 2017, Volvo became the first manufacturer to definitely publicise its plans to add to its range with an electric car. From 2019 they plan to begin work redesigning their range with mild-hybrid, hybrid and electric powertrains.

Since their announcement, other manufacturers have revealed similar plans – but will you be tempted by the Volvo’s initiative or wait to see what other car makers come up with?