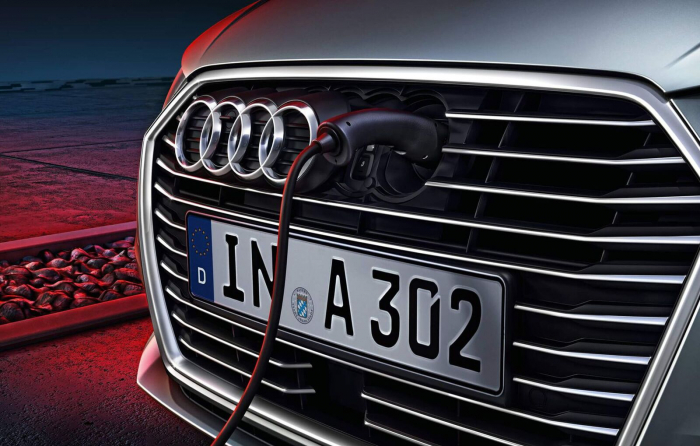 If you happen to be visiting the art history museum in Geneva and see a rather unusual SUV on the street, you might be forgiven for thinking that it’s an outside exhibit. But despite the mind-bending and eye-catching paint job, what you’ll be looking at is not a new installation but a whole new car.

What you’ll be getting is a rare glimpse of the road tests for the new Audi E-Tron. This all-electric SUV is due to launch sometime later in the year.

From what sightings we’ve had we think it looks like a rather tamed version of the E-Tron Quattro Concept that we were all drooling over at the Frankfurt Motor Show way back in 2016. The front is less “in-your-face” and the rear is more SUV than the extremely sloped back of the concept car. The light designs have come through with minimal modification, however, and that strip connecting the rear lights still appears.

With Performance to Match its Good Looks

Based on the same electric platform as the Porsche Mission E electric saloon, the Audi E-Tron has three motors, two for the rear wheels and one for the front pair. It is expected to have a generous range of over 310 miles (500km) and, based on the concept car’s specs we’d expect it to get from 0-60 is 4.5 seconds, developing 496bhp along the way. Not too shabby for an SUV.

It is also expected that this set-up will be used in an E-tron Sportback which will hit markets a year after it’s stablemate.

Unlike their competitors, Audi has chosen to keep their electric cars under the same brand as their conventionally powered stock. In interviews, Rupert Stadler, Audi’s Chairman, has likened the “E-Tron” epithet to the use of “Quattro” in the 80s. In the same way that the first four-wheel drive Audis were known simply as “Quattro” but now it simply signifies the drivetrain, this first all-electric SUV will be known as “E-Tron” with the intention that the term will soon be used to identify an electric drive-train on any car in Audi’s impressive stable.

Sales manager Dietmar Voggenreiter is also on record as saying that 2018 is going to be a growth year for the charging infrastructure, and now that the 500km range barrier has been broken, there will be more investment in both cars and infrastructure.