The 2018 Beijing Motor Show – What’s likely to be revealed? 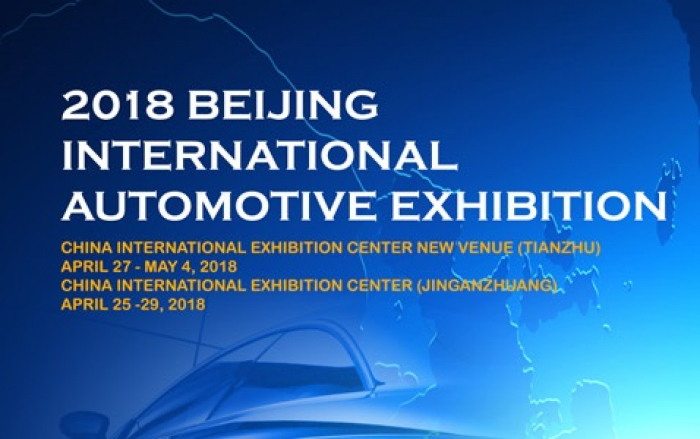 The Beijing motor show is a hot date in a diary for any car enthusiasts who enjoy finding out what's new in automotive tech. At the end of April, Beijing will be gearing up to reveal the very latest cutting-edge designs. The majority of stands showcase China's finest creations but other international brands will also be in attendance to show what's coming next from them. Here are some of the highlights we are expecting to see at the Beijing Motor Show.

Thanks to a leak of the sales brochure, tongues have already been wagging about this car. There have been sneak previews of the pictures and we have been privy to some of the technical specifications. The new M2 will use the same engine as the M3 which boasts S55 twin turbo charge and the new model is enabled with 40bhp more boost than the old M2.

Two new electric cars are expected to be revealed by the Hybrid Kinetic Group (HKG) towards the end of April. These electric models have been designed by Pininfarina and will use micro turbine range extender tech. The K350 is an SUV and follows the K500 and K750 SUVs whilst the H500 is a saloon and is a follow up to the H600.

Mercedes-Maybach should be on track reveal a new concept piece in Beijing. Production - based on the new concept - will commence later in the year. The concept is expected to be a forerunner to its GLS SUV.

MG, as a Chinese owned company, is expected to unveil a new concept for SUVs which will begin production shortly afterwards and result in a vehicle that will become available in 2019. We won't necessarily be able to get our hands on this vehicle in the UK but if it is successful it could be an option for the future.

Another vehicle just for those in China, the SUV Kamiq will be revealed by Skoda in Beijing. The company hopes to double sales in China by 2020 and has big hopes for the Kamiq and the Karoq which sits just above it.

One of the most ground-breaking reveals at the Beijing Motor Show is set to be the XEV LSEV, which is a 3D printed car. This is its first outing in public and there are plans for production next year. Only the tyres, windscreen and chassis are made using standard production techniques - the rest of the car is printed. The manufacturers believe that the car's USP lies in the waste reduction and increased efficiency.

With all this to come, and much more besides, it is sure to be an exciting event.